The historic, time honoured Edinburgh Tattoo marches on into a glorious 2012.

The Edinburgh Tattoo, also known as the Edinburgh Military Tattoo is the most spectacular show in the world, enjoyed by an international television audience of 100 million. Bunk Camper’s campervan hire Scotland is a great alternative to experience the Edinburgh Tattoo & explore the heritage of this fantastic country.

There is, however, no substitute for being there in person as part of the 217,000-strong audience over its three-week season. The Edinburgh Tattoo takes place annually throughout August, as part of the wider Edinburgh Festival (a collective name for many independent festivals and events in Edinburgh in August). 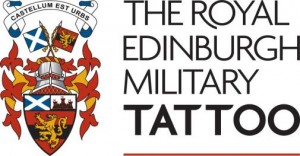 The Edinburgh Tattoo is performed every weekday evening and twice on Saturdays throughout August and has never been cancelled due to weather. The second Saturday night performance includes a colossal fireworks display, to rival the world-famous Hogmanay new years celebrations.

Since 2004, the Edinburgh Military Tattoo has also held free abridged performances at the Ross Bandstand in Princes Street Gardens, entitled “Taste of the Tattoo”, and a perfect, smaller scale event for those new to the Edinburgh Tattoo.

With the Edinburgh Tattoo 2012 being a bigger show than ever before, there’s never been a better time to visit Scotland and get a taste of this fantastic, magical festival.

Bunk Camper’s campervan or motorhome for hire in Scotland is a great alternative way to experience the Edinburgh Tattoo and explore the heritage of this fantastic country. Campervan rental is a great solution for attending the Edinburgh Tattoo, as many hotels and hostels are booked up months in advance. The Edinburgh Military Tattoo runs for three weeks, giving you plenty of time to take a few days out in the middle of the festival and go exploring.

“The great oak gates of the Castle sweep open and the swell of the pipes and drums cracks through the night sky. As the massed bands march out in their hundreds across the drawbridge, flanked by effigies of William Wallace and Robert The Bruce, emotions run high: this matchless spectacle unfailingly enthrals, symbolising the Scotland that everyone holds dear in their heart.