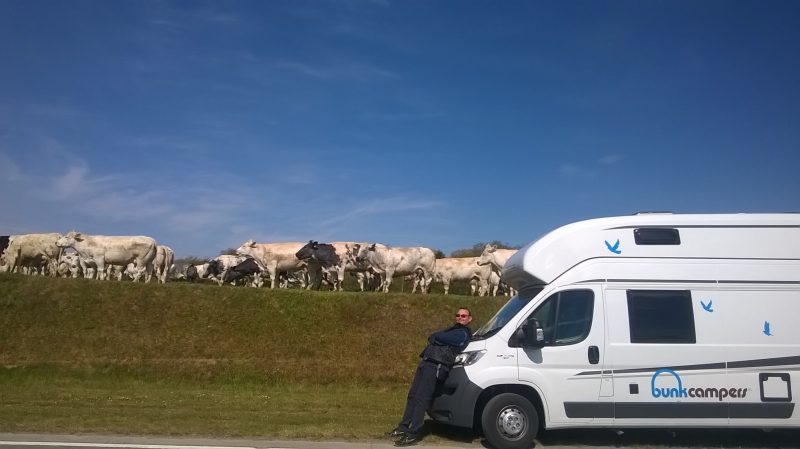 We are Darrel and Caroline from Brighton. We have booked a relocation to Edinburgh in the past and enjoyed the experience. We own a campervan and are considering buying a motorhome in the near future. We knew about the previous relocation from Italy a few years ago but missed out on that offer so as soon as we saw this relocation come up we didn’t hesitate! It is great value for money AND we had coincidentally been talking about travelling around Germany, a part of Europe we had not previously explored.

After flying to Munich and our coach journey to the Knaus factory, we spent our first night in Passau on the Danube before heading off to Lake Chiemsee where we stayed the next day. We traveled up into the mountains following the alpine route Bad Tolz, Mittenwald and then stopping over Oberammergau. We then joined the Romantische Road  to Fussen. We diverted up to the  Oberallgäu region staying in local town of Altusried. We then headed across to Lindau on Lake Bodensee, had to be diverted around traffic works on the Lake, which was our only frustration on the journey.

We then went to Lake Titisee and up to Baden-Baden in the Black Forest. From there heading up to warmer climes via Heidelberg, staying on the ‘pearl of the Neckar’, Hirschhorn. Next up to the middle Rhine Gorge with a stopover at the lovely Bacharach. Finally we left Germany heading home via a stop over in Belgium in Cerfontaine in the province of Namur. Our final night was in Calais before catching the ferry to Dover and dropping the new motorhome to it’s new home at Horsham, still in one piece, and pristine condition!  Fantastiche journey. 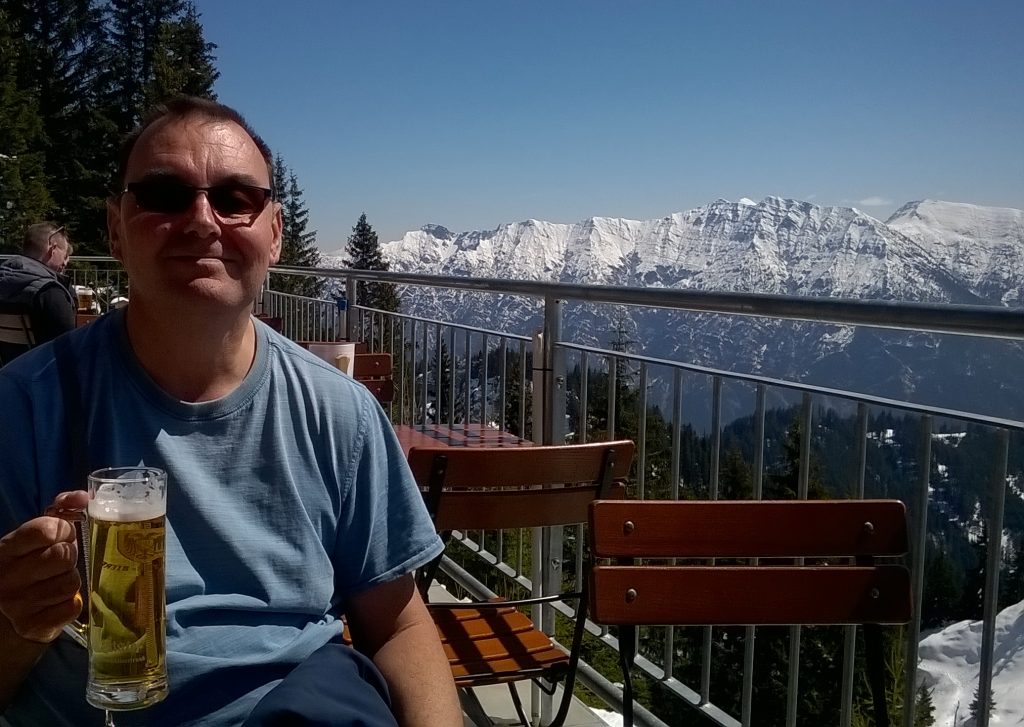 Our stay in Oberammergau was the highlight. It was sunny and 18 degrees. We took the cable car to the top of the mountain and sat near the snow at the top in the cafe, taking in the breathtakingly beautiful views in tee-shirts! We used a combination of  campsites and Wohnmobileplatz, the latter by far the cheaper option and often closer to the centre of towns and in fantastic locations, closer to nature and the scenery, such as on the river and town such as Hirschorn. Our best was in Bacharach on the river Rhine, which was the best value for money, costing only 8 Euros for the both of us, including electric hook up!

I cannot recommend the whole experience and yourselves highly enough. Even the shock of waking up after 18 degree heat in the alps to the freezing cold of 4 degrees and snow the next morning didn’t dampen our spirits, in fact we were drank more-not while driving I hasten to add, and remained warm and cosy in our lovely motorhome! 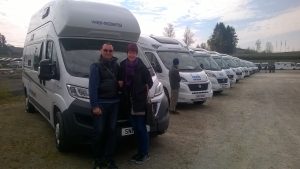 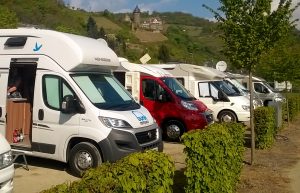 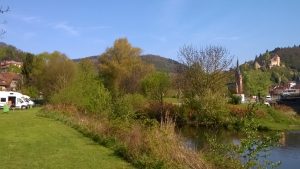 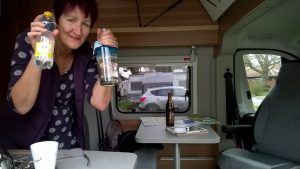 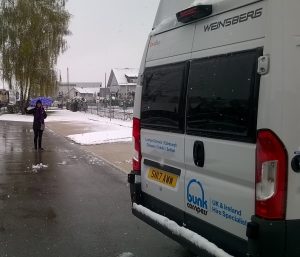 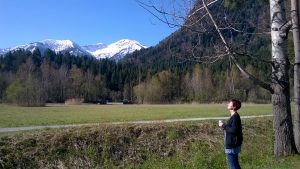