Oxegen – Rock out in Ireland! 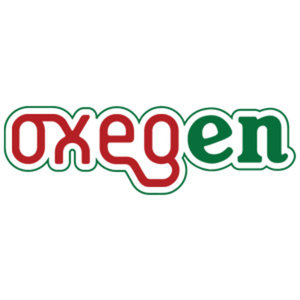 Oxegen is an annual rock music festival. The Oxegen festival is regularly cited as Ireland’s biggest music festival and, by 2009, it was the greenest festival, being a 100% carbon neutral event. Oxegen takes place at the Punchestown Racecourse in County Kildare, and has an average attendance of around 60,000 a day, with around 50,000 of these camping on site for the duration.

Many campers who attend the festival prefer to take advantage of Campervan Hire Ireland from Bunk Campers instead of sleeping in smelly tents!

Most festival goers rent our Roadie budget campervan hire and Ranger VW campervan hire which are hardy, road tested vehicles and perfect for festivals. All our vans come with cooking facilities, running water and onboard heating.

Oxegen takes place on the same weekend as T in the Park in Scotland and shares a very similar line-up each year, although Oxegen is generally regarded as Ireland’s version of the Glastonbury Festival, with the 2008 festival sharing three of the same headliners as its English counterpart.

Oxegen has attracted significant attention from outside Ireland, with many of those attending travelling from overseas. Members of bands such as The Killers, Snow Patrol and R.E.M. have spoken positively of their experiences at the festival. Celebrities frequently attend, including models Helena Christensen and television personality Chris Pontius, actor Josh Hartnett, and Ronnie Wood of The Rolling Stones.

Oxegen festival, for two consecutive years, was named as the Best European Festival in a poll which included festivals from France, Netherlands, Spain, United Kingdom and other countries. Oxegen is on hiatus for the 2012 festival season, but will return in 2013 with an enhanced Oxegen line up.