More Gold medals for Bunk Campers Customers at the friendliest WPFG ever! 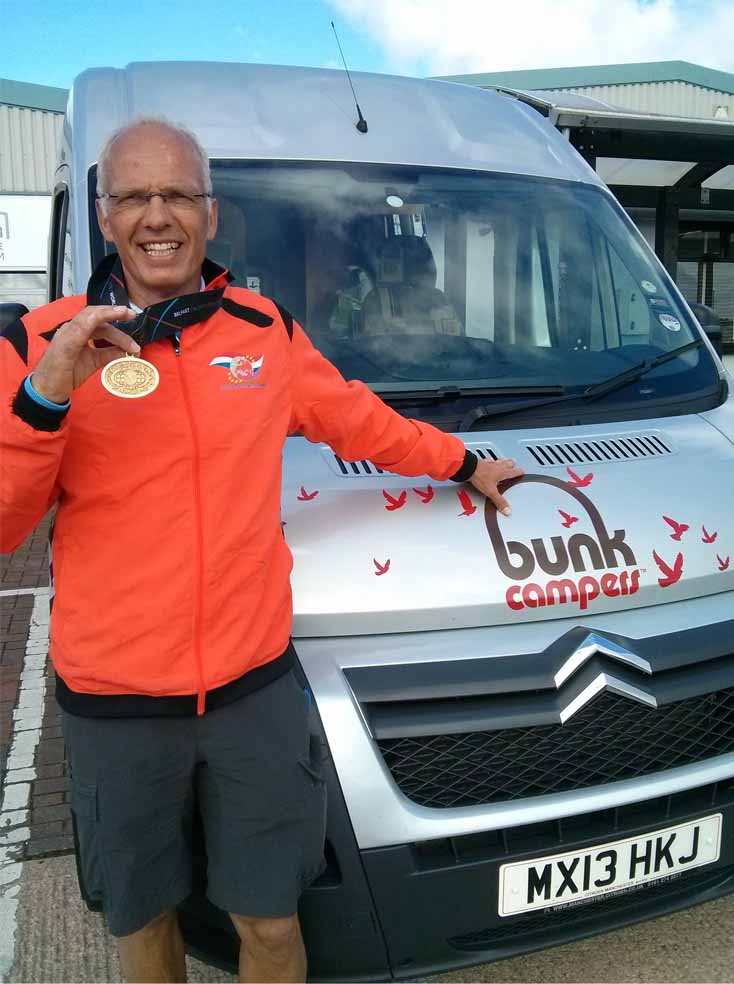 This year’s World Police and Fire Games which took place in Northern Ireland was dubbed the ‘friendliest games in the world’! From 1-10th August 2013, Northern Ireland played host to over 6700 participants from around 67 countries worldwide who travelled to Northern Ireland to compete in the biannual games. Competitors competed in a wide range of sporting events including running, swimming, golf and the ultimate fire fighter contest! 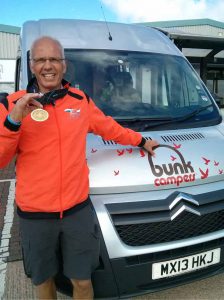 Many competitors of the WPFG chose Bunk Campers as their transport and accommodation in Northern Ireland for the games. Dutch competitor Henk decided that Campervan Hire from Belfast was the best way to explore Northern Ireland after winning gold for his country! Henk spent one week touring Northern Ireland in his Bunk Camper and returned yesterday with his gold medal for the men’s uphill climb!

Congratulations to Henk and his team and all Bunk Campers medal winners!

For Campervan Hire Northern Ireland, Bunk Campers offer a wide range of campervans for hire from our Belfast depot. We are open 7 days a week in Belfast and offer handy airport transfers from Belfast City airport. Those interested in Campervan & Motorhome hire in Northern Ireland can also benefit from our 5% Belfast discount all year round!

What do you want to do next? 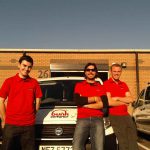 Read our handy guide to our Campervan Hire Northern Ireland depot in Belfast. 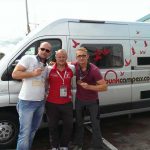 The German Judo and Fire team win gold medals at the WPFGs and with Campervan Hire in Northern Ireland!